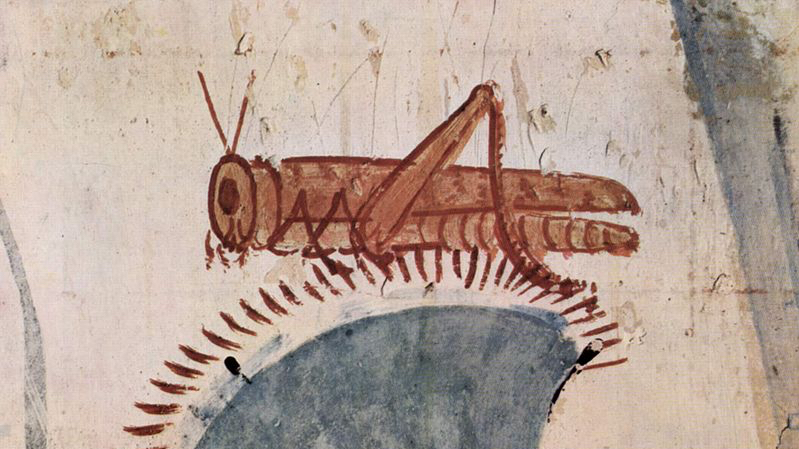 Note that there is no distinct word for ‘if’ in Qári: conditional sentences are formed by placing the verb in the irrealis mood. In this case, we have an indicative condition, so the antecedent has an irrealis verb and the consquent a realis verb.

The use of the perlative preposition he to indicate the style or manner of a dish is conventional and divorced from its normal meaning of ‘through’ or ‘via’: this is similar to the use of à in French.

Qári has two words which can be translated ‘to do’: nijá and olnéda. The first, as used here, is essentially anaphoric: it takes its meaning from an antecedent verb in an earlier clause (here áhu ‘to cook’). In contrast, the verb olnéda could be described as an indefinite pro-verb – it essentially means ‘to do something’: nye Báku olnéda? would translate either as ‘is Báku doing something?’ or ‘what is Báku doing?’

The first clause here provides an example of a serial verb construction. Yes, there is a lexeme meaning ‘to debone’ – in Modern Qári it is not etymologically transparent. However, in Old Qári it derives straightforwardly from the privative prefix pə- and the noun lɨ́gʷbɨ ‘bone’, the latter having a reflex limbe in Modern Qári.

In this section we see Qári’s two words for ‘and’ – qe and qeyo – in action. The former conjoins phrases within a clause: we can see here in chains of multiple phrases qe is placed before each phrase. The latter by contrast conjoins whole clauses. The same distinction between a phrasal and a clausal form is also seen in the pair ke and kiyo, both meaning ‘or’.

An interesting quirk of Qári is that herbs are not considered to be mass nouns as they are in English: rather they are count. To use the singular form báru here would indicate that a whole marjoram plant is used.

Noun phrases in Qári are not fond of “heavy” adjuncts occurring within the phrase. Instead we see extraposition of a particularly wordy adjunct, using a third person pronoun matching the antecedent in animacy and number as the head.

The verb manádiku here refers solely to sealing something up with clay – it is derived transparently from the additive prefix ma- and the noun nádit ‘clay’. To seal a document or similar, one uses the verb kxápiksá, derived from kxápu ‘a seal, a signet’.

Qári lacks an overt derivational strategy to convert adjectives into adverbs. Most commonly the equative preposition tle is used, but very high-frequency adjectives can simply be preposed to a verb to denote an adverbial sense.

This recipe is high-class cuisine: it’s definitely élite food. Most urban Qáritu would very rarely have the opportunity to eat fresh meat – dried and preserved meats, cheeses, other dairy products, waterfowl, fish and shellfish are the most common sources of protein in the average diet.

The observant will have noted that the Qári term for “a clove of garlic” is kido sayatxe, and literally means “garlic testicle”. The visual similarity to testicles and cloves of garlic has led to garlic being considered in Qári society to be a food which promotes virility in men and is effectively an aphrodisiac, used to treat impotence. For the kyanátu, the eunuch death-priests, however, garlic is a taboo food: they will not permit it within the death-grounds. As such, it is also taboo in funeral meals.

The three main spices (as opposed to herbs) used in Qári cuisine are paril ‘kalonji’ (Nigella sativa seeds), gorali ‘sumac’ (dried fruits of Rhus coraria) and ngonun ‘cumin’ (Cuminum cyminum seeds). The three are frequently used together, although cumin is considered to be unrefined and so disfavoured by the élite: thus we see in this recipe only kalonji and sumac.

The Qáritu can justly claim to be the first culture of Adeia to invent ale (yut), and they have an extremely broad variety (albeit none that include hops – they drink a lot of ale but would be puzzled by beer). The kind called for in this recipe is yut engki gori ‘red sour ale’. This is very much a special occasion drink – made with roasted wheat, malted barley and fermented not only with natural yeast, but also lactic acid bacteria; and then aged for up to two years. The closest Terrestrial equivalent would be a Belgian lambic or bière rouge. When the Qáritu age their ales for more than a few months, they often add lumps of aromatic woods – often mastic or terebinth as here – not only for the flavour contributed by the resin, but also because of their antimicrobial properties (not that the Qáritu would phrase it like that – they’d just notice that resinated ale doesn’t go nasty while being aged as often as unresinated ale).

Unfortunately, ujá ngér ‘grasshopper sauce’ is not a whimsical name for an otherwise innocuous condiment. It’s literally made out of grasshoppers. They are caught in nets, crushed to death and then liberally salted and left out to dry in the sun for three or four days. They are then ground up to make a paste, which is then fermented in large amphorae for about eight months (half the Adeian year). To make ujá ngér you take some of this fermented grasshopper goo (dit ngér) and water it down with some small beer, mixing in a little chopped herb of choice. The less adventurous could always substitute shrimp paste (dit gixali) – the overall effect is similar, being very umami, a bit sour and a bit fishy.

What I'm writing about

The final #qariglyph in this series! It will also be the last for a little while as I am trying to work on getting a grammar sketch of the #qarilanguage into a publishable state...
The penultimate #qariglyph of this series is 𝗼́𝗽𝘅𝗮 “wool” #conlang #qarilanguage
Linguizone

Languages, linguistics, and anything else

Worldbuilding, Conlanging and Other Stuff